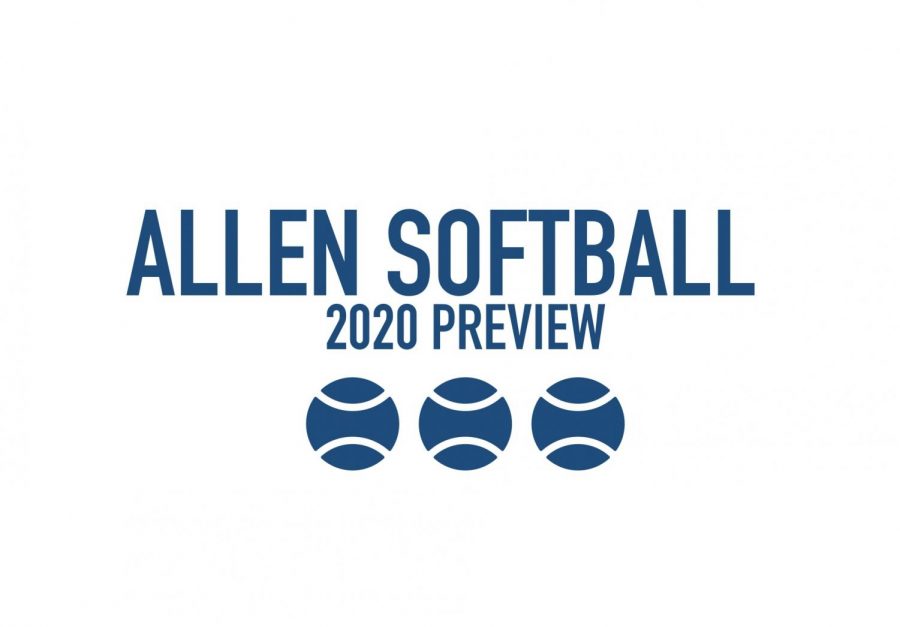 On Feb. 18, the Allen Eagle softball team will be facing the Hebron Hawks for their first game of the season at Hebron High School. This game will be an opportunity for the Eagles to start the year with a win, in contrast to last year’s loss, also against the Hawks.

“Every team in our varsity district is really good,” head Coach Philip Spaniel said. “With it being one of the toughest softball districts in the state of Texas, every Tuesday and Friday is a super important game.”

With being in such a “tough” district according to Spaniel, the Eagles are expected to have serious competition. Based on the varsity losses of last year such as Plano (7-1) and Plano West (6-0), some upcoming games to look out for this year are on Mar. 31 and Mar. 10 respectively. The team mentality going into the season is just as important as the practices and training sessions.

“The mindset of the softball program has been the same as every other year: win the day,” Spaniel said. “That means taking each day at a time, and [embracing] each opportunity and [winning] it. Not just athletically, but also from the standpoint in the classroom and in life.”

In terms of physically preparing, the Eagles have implemented to different types of workouts. Many players, such as junior catcher McKenzie Duckworth, do individual workouts. The team works out with separate program Performance Course before the season starts. Many are also on a select team that they participate in during the summer or fall to prepare for the spring season.

“Last year we had a lot of team struggles because we lost a lot of major players when they graduated,” junior center fielder Alyson Smith said. “We have brand new freshmen this year so that’s a challenge, but a lot of them are pretty good and talented. I feel like we can avoid any issues with the right teamwork and [strategies] like that and just have a successful season.”

This season, the varsity team has seven returning players, and six new ones. Notable players to look out for are junior starting pitcher Alexis Telford, junior Chloe Schimmel playing center field, and sophomore Taylor Wright playing third base. They were key returning varsity players from last year’s season, when the Eagles had a .562 win percentage.

Seniors leaving is a part of every high school sport. Duckworth accepts that it’s going to be “hard without seniors, such as [alumni outfielder] Maya Elredge,” but knows that the season will be a good one because “every year is a chance for a better season.”

“We had six seniors last year; three that play collegiate softball this year,” Spaniel said. “Brittany Coe went to the University of Texas at San Antonio. Maya Eldridge went to Sacred Heart University in Connecticut, and Kelsey Dulap Oklahoma City University. When you lose collegiate level players in your program, those are shoes to fill for sure.”

Despite it being a new season, the Eagles’ softball team has “a great program” that will propel them in the future, according to Duckworth, and have the “capability to succeed” with proof of their wins against Plano East (5-4) and McKinney Boyd (4-2) last year, games to look out for this year on Mar. 17 and April 17 respectively.

“We’re leaning on the [seniors] this year to lead the underclassmen because they know what it feels like,” Spaniel said. “Ultimately, I feel like we’re ready for the new season.”