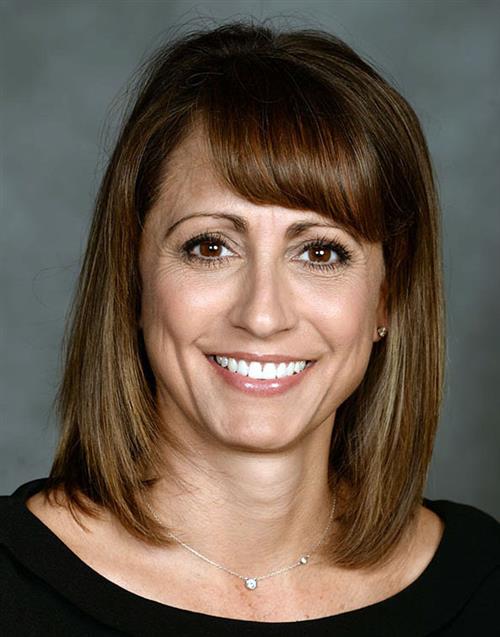 What is your background in education?

I have been a teacher. I was a middle school teacher and a coach, I coached basketball in middle school, I coached varsity softball, I was an English teacher for 7th and 8th grade. So I taught for about six years before I became an assistant principal and I was an assistant principal at the middle school level for a couple of years. I then went on to become an elementary principal, and then I ended up serving in the role of a middle school principal. After that, maybe 10 years total, I went over to the central office. In the central office, I’ve done a variety of things. I’ve been the director of personnel, I’ve been assistant superintendent over different areas from payroll, to buses to cafeteria to employee daycare. I’ve been the deputy superintendent, and so it broadened my role just a bit and now a superintendent for a little bit now. It’s been about a year and a half.

Did you always hope to be a superintendent?

I did think that I would always be a teacher which is so odd cause nobody in my family was a teacher. I was the first one in my family to go to college, and so both of my sisters followed me. Neither one of the parents had a college degree, my dad was in the trade and my mom worked for my dad. My two sisters are elementary school counselors. They were teachers as ,well but they went the counselor route and I went the administrative route. I did think that I would spend a majority of my time in the classroom and I just have such great support and some really good mentors that really encouraged me to step out and try new things. That is really what kind of progressed me throughout the 26 years of every phase of my career. I never set out to be a superintendent. Sometimes kids whose father or mother had been a superintendent, that wasn’t the case. I really didn’t necessarily know what the role was and that was my all time dream was to be one, I just think that it progressed throughout my tenure and education. This is where I’ve ended up.

Did you want to go into education?

It wasn’t necessarily the easiest route, but when you go to college, and we do such a better job now but I didn’t really know what I wanted to do when I first went to college. First I started out at psychology cause I thought I wanted to be a psychologist, but I quickly learned. I had some friends, I actually was on a softball scholarship in college, so some of my teammates were in the education pathway, and they really talked about being a teacher, being an educator. The more they talked about it, the more I learned about it and it was definitely something. I do like to serve others. I love students and love kids and just being part of something great and really where it is in education. You get to make an impact on kids’ lives and you know you get into a role of leadership. You get the opportunity to support other adults and it’s just been something that’s just the bomb.

Where did you work before Allen?

Before Allen, I was at Midlothian for thirteen years. When I was there, it had probably closer to 7,500 students. I started as a teacher there and kind of worked my way up there. When I was hired here, I was hired as an assistant superintendent. My career path in that particular district, I went from teacher to assistant principal to principal to central office. Here I just started in the central office and I was hired as assistant superintendent of human resources and student services.

What is the superintendent’s job?

I work for a board of trustees. So our school board really has one employee. The school board is made of seven members elected by the community, and so they are all new elected positions and have got several responsibilities. One of their main goals is to hire the superintendent. They work directly with me. We’re called the team of 8. I’m really more of a liaison between the school board and the schools. All of the staff reports to me, not directly but all the principals, all the campuses. All the day to day, that is all administrative. The board really sets the direction and the vision and really promotes and advocates for our school district. I’m the one who works with a great group of leadership team and teachers and adults throughout our organization to make that vision become a reality. When we talk about the graduate profile and the ensuring that our students are ready to graduate and future ready to solve problems and be a productive citizen along with being civically engaged. Those are the types of things I’m charged to do. There are expectations of me to use our staff and accomplish our goals.