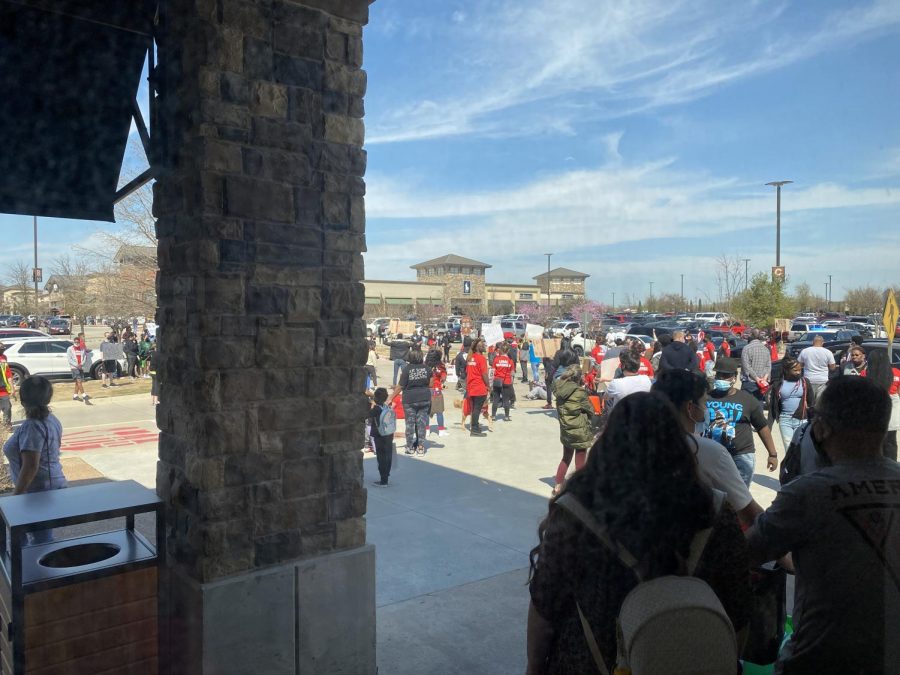 On Sunday, Mar. 21, Allen Premium Outlets was the site of a Black Lives Matter protest. Demonstrators protested the death of Marvin Scott III following arrest at the outlet mall March 14. Protesters roamed the street carrying signs and chanting. Traffic briefly stopped as the protesters occupied the street. Although there was a large crowd, there was little to no violence displayed. The protest at the outlets ended before sundown, and the only stores that closed for the day were Aerie and American Eagle.

Marvin Scott III was arrested a week ago at the outlet mall, a possible reason for the location of the protest.

There has been no official statement from Allen City Police department regarding the protest. The Collin County Sheriff’s Office has turned over the investigation into the death of Marvin Scott III to the Texas Rangers.