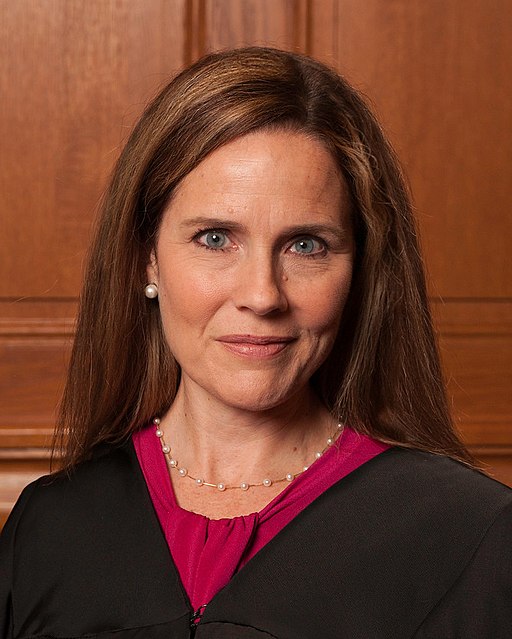 On Oct. 27 Supreme Court Nominee, Amy Coney Barrett (ACB) was confirmed as the next Supreme Court Justice and assumed office–replacing the seat of Justice Ruth Bader Ginsburg. Now that Justice Barrett is on the Supreme Court, who is she and why does she matter in the upcoming election?

Precedents are the foundation of this country. Everything from Washington’s first Cabinet to the line, “So Help Me God,” was set by George Washington. The Supreme Court is no different, setting legal precedents for the lower courts that are followed for decades after the ruling. However, when it comes to confirming justices, there is no precedent.

Regardless of Senator Graham going back on his 2016 vow, Justice Barrett was confirmed as the next Supreme Court Justice in a 52-48 vote in the Senate. It’s important to know what ACB’s values are, her judicial experience, and how she interprets the Constitution.

In a Senate hearing in 2017, Justice Barrett said, “I see no conflict between having a sincerely held faith and duties as a judge. In fact, we have many judges, both state and federal, across the country who have sincerely held religious views and still impartially and honestly discharge their obligations as a judge. I would decide cases according to rule of law…I would never impose my own personal convictions upon the law.”

During congressional hearings, Justice Barrett said she considers herself an originalist when it comes to interpreting the Constitution. Originalists, hence the name, generally speaking interpret the Constitution in the context it was written, without accounting for how the Constitution has changed over time.

When asked what being an originalist would mean to her as a Supreme Court Justice, Judge Barrett replied “I interpret the Constitution as a law, that I interpret its text as text, and I understand it to have the meaning that it had at the time people ratified it,” Justice Barrett said. “So that meaning doesn’t change over time and it’s not up to me to update it or infuse my own policy views into it.”

The American Bar Association gave Judge Barrett their highest recommendation, stating she was fit for being a Supreme Court Judge. The majority of Justice’s Barrett’s work falls on the educational side. She’s been a law professor at the University of Notre Dame since 2002 and only has three years of judicial experience. In 2017, she was confirmed to the United States Court of Appeals for the Seventh Circuit.

Compared to other Supreme Court Justices, Justice Barrett lacks experience. RBG served on the U.S Court of Appeals for 13 years before being nominated to the SCOTUS.  However, experience isn’t everything as Justice Kagan served less than a year as Solicitor General under the Obama Administration before being confirmed to the Supreme Court.

Americans worry Justice Barrett might repeal the Affordable Care Act and overturn Roe V. Wade because of Justice Barrett’s judicial philosophy and her rulings on previous cases. This is considered highly unlikely however, due to the set up of the Supreme Court.

There is a 6-3 conservative majority in the Supreme Court, with President Donald Trump confirming three Justices to the Supreme Court during his first term, including the addition of Justice Barrett. Those six justices alone are not enough to overturn the ACA or Roe V. Wade, and they don’t always lean to the right. For example, Chief Justice John Roberts has leaned more to the left in recent years, dissenting on several cases.

In her Senate Confirmation hearing, Justice Barrett talked about her six ‘super precedents’. When asked to list them, she said, “There was Marbury. There’s Brown there’s. Mapp versus Ohio. There’s the civil rights cases.”

One justice doesn’t have the authority to completely repeal court cases or laws, it’s why there are nine justices on the Supreme Court. If the court repeals ACA or Roe V. Wade at any point, which is highly unlikely, Americans have the right to protest and communicate to Congress that they disagree with the rulings.  After all, the Constitution starts with ‘We The People’.